’Crazy’ for the Holidays

Depending on how you slice and dice the numbers, up to 15 million people in the United States will experience major depression each year. Forty million people suffer from some degree of serious anxiety, and I’ve got 10 million bipolar brothers and sisters. I’m definitely not unique.

I know I’m not the only one who has had it tough around the holidays, but one Christmas I actually fled as my relatives opened presents at my grandmother’s house. I went into the back bedroom and slept on the floor—next to a bed that was piled with coats. I stayed there most of the day. When asked what was wrong, I just said, “I’m really tired.”

Frankly, my family was lucky I made it there at all. It was one of my bad years. For many years I never knew in September what I was going to feel like come December. That’s what it was like living with untreated bipolar disorder. Looking back, I can chart my journey through the world of mental illness with clarity just by remembering each Christmas and New Year’s. Now, I have to admit that I actually look forward to the holidays.

One of the most tragic things about living with mental illness is that you often feel like you are the only one. The illness also keeps you silent. You just feel like you can’t tell anyone how bad it really is. What’s more, when I was in a depressive episode I also felt like I deserved it, that there was something wrong with me, to my very core, and that my friends and family would probably be better off if they didn’t have to deal with me at all. It sounds melodramatic and self-centered, and in a way it is, but it’s also a shame spiral from which it’s almost impossible to escape—without help.

Whether people are actually more vulnerable to serious depression and anxiety around the holidays is a subject the experts debate. Many say it is, while others point to studies contradicting this commonly held assumption. One thing that can’t be denied is that the holidays certainly crank up the emotions on a triple threat: family, money and self-image.

Your self-image and ego become more vulnerable during the holidays because you’re confronted with acquaintances and family members you rarely see, and who invariably ask, “How have you been,” or “What have you been up to?”

I certainly wasn’t going to tell them that I’d racked up thousands in debt while in a manic episode or spent the last three months barely able to make it to work or leave the house. Actually, giving the usual pat answers wasn’t so difficult. We’re called on to do that kind of thing all the time. What was hard was the reminder that I’d been living a tortured, rather than a vibrant life, one that wasn’t necessarily successful by society’s standards.

Money has also always been a challenge, especially around the holidays. I have such a compulsion to buy just the right gift, something that is personal and shows I’ve taken the other person’s preferences into account. Unfortunately, this usually meant taking a lot of extra time running around and spending money I sometimes didn’t have. The mounting anxiety about the money I spent—and the overwhelming need to procrastinate dealing with the financial realities—meant I’d crash hard after New Year’s.

As for family, oh boy—in so many families there is a heightened expectation to be happy and for everyone to love one another and get along. We’re supposed to be immensely grateful for every gift, even when the sweater from your aunt is five sizes too big and still has a clearance sale sticker on it. We’re supposed to overlook long-simmering conflicts or new ones that just cropped up. And for those who’ve become estranged from or lost close family members, the holidays are a painful reminder of that loss and a sense of deep loneliness.

If you’re going through a deep depression, or periods of crippling anxiety—or mania if you’re bipolar—what is a merely stressful time of year for many people can become unbearable. You can’t get help if you don’t acknowledge the problem, though. You’ve also got to tell someone, whether it’s a health care professional, a family member or a close friend. Preferably the person you tell will be someone you’re fairly sure will be supportive and understanding.

Some people suck it up and trudge through it alone and somehow make it out the other side. I’ve done that when the bad times were less severe, but I don’t recommend it—just as I wouldn’t recommend toughing it out on your own if you broke your leg. Both strategies can lead to needless suffering and long-term scars and complications. The difference is, few people feel shame or guilt about breaking their leg, while mental illness is something we’re never supposed to publicly acknowledge.

Shame and stigma, however, can be a prison we lock ourselves in as well as something that is thrust upon us. For me, initially, depression was something I was relieved to get through—and hoped I’d never have to talk about again. Then it came back, repeatedly, interspersed with periods of irrepressible enthusiasm and energy. It wasn’t until I was diagnosed with bipolar II, and fully accepted that this was an illness like any other, that I stopped keeping it a shameful secret. Today, most people close to me know about it, and the shame is virtually gone. I also enjoy the holidays more. It took me nearly 20 years to apply to mental health the lessons I’d learned about overcoming stigma from people living with HIV/AIDS. As the old ACT UP slogan goes, “Silence = Death.”

That’s why I used the word “crazy” in the headline. For me it’s one of the ways I overcome shame, by taking back words that have been thrown at us over the years. It’s a personal choice, one that won’t work for everyone. For me, however, turning hurt into humor and refusing to let labels define how I feel about myself gives me strength and courage.

Finding the strength necessary to get help for depression, anxiety and bipolar disorder isn’t always easy, especially with a fractured medical system that treats mental illness differently from almost any other health problem. Help is the way out and up, however.

So this holiday season, give yourself a gift—one you may ultimately realize is the best you’ve ever received. If you’ve been avoiding seeking help, find it. If you’ve been having trouble accepting that mental illness is not something you cause, but a health problem you experience like any other, spend time in the forums—where you can encounter others who’ve been through what you have. And if shame and stigma about your struggles have kept you silent and alone, think about telling more people what you’ve gone through. Freedom—from shame and stigma—is a priceless gift.

David Evans is editor-in-chief of Sane. 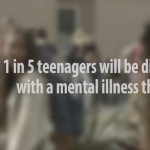 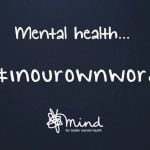 Mental Health: In Our Own Words