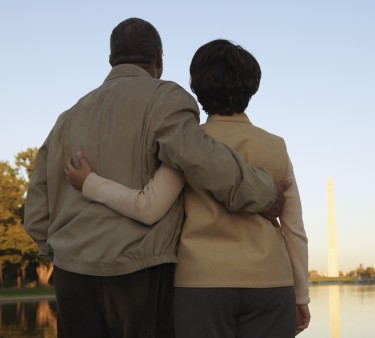 Why Do African Americans Suffer Higher Rates of Alzheimer’s?

Genetics and age are considered major causes of Alzheimer’s disease. But after adjusting for these factors, as well as education and the development of other diseases later in life, African Americans are nonetheless twice as likely as their white counterparts to develop this crippling form of dementia. New findings from a group of studies presented at the 2017 Alzheimer’s Association International Conference suggest that social conditions and stress may help explain why, reports Medical News Today.

For the first study, researchers from the Kaiser Permanente of Northern California (KPNC) health center and the University of California, Irvine, assessed the records of 2,351 folks older than age 90 between 2010 and 2015. Scientists wanted to determine whether there were any racial differences in the prevalence and risk of Alzheimer’s disease and divided the seniors into groups: 72 percent were white, 16 percent were African American, 4 percent were Latino and 7 percent were Asian American.

Results showed that African Americans suffered the highest incidence (39 percent) of Alzheimer’s disease. “These are the first estimates of dementia incidence in a diverse cohort of individuals age 90 and older,” said Rachel Whitmer, PhD, an investigator at KPNC and the study’s senior author. “Given the increasing ethnic diversity in the coming decades, it is imperative to identify what factors contribute to differences in rates, whether genetic, social or lifestyle, as some of these factors may be modifiable.”

Researchers at the University of Wisconsin School of Medicine and Public Health conducted another study that reviewed data from 1,232 non-Hispanic whites and 82 African Americans to determine how stressful situations, such as job loss, financial troubles, death of a child and participation in military combat, affected cognitive abilities. Scientists found that those who experienced the most stressful situations early in life showed increased cognitive impairment at an older age. What’s more, for African Americans, each stressful event was equivalent to four years of cognitive decline.

Another probe found that African Americans who lived in states with high infant mortality rates were 80 percent more likely to develop dementia than white Americans who resided in areas with low numbers of newborn deaths. The final study determined that those who lived in disadvantaged neighborhoods (locations challenged by poverty, low education, unemployment or substandard housing) faced a higher possibility of being born with certain biomarkers, or biological characteristics, that boosted their chance of developing Alzheimer’s.

According to researchers, these conclusions emphasized the need for more research about the illness and targeted interventions that further address current racial disparities.

Click here to read about how a cup of tea each day could help prevent Alzheimer’s disease.