FDA Chief Scott Gottlieb to Resign in One Month

The head of the Food and Drug Administration cited a long commute and time away from family as reasons to step down.

Scott Gottlieb, MD, the commissioner of the Food and Drug Administration (FDA), is resigning effective in one month, Stat News reports. In March 2017, President Trump chose him to lead the organization; the Senate confirmed him two months later, and Gottlieb remained one of Trump’s most popular appointees.

In his resignation letter, Gottlieb did not say why he was leaving the agency, according to Stat News. But the day after the news broke of his resignation, Gottlieb explained that he decided to leave because of the long commute and time away from his family, reports the Washington Examiner.

The resignation letter highlighted several of Gottlieb’s accomplishments while at the FDA, including breaking annual records for approving generic drugs. As POZ reported in April 2018, Gottlieb publicly shamed pharmaceutical giants for keeping generics off the market by not providing samples of their meds to companies that make the generics. He wanted the brand-name drugmakers to “end the shenanigans.”

Gottlieb garnered even more headlines by taking on the tobacco industry and addressing the opioid crisis.

Below are recent tweets highlighting his career and departure.

I’m immensely grateful for the opportunity to help lead this wonderful agency, for the support of my colleagues, for the public health goals we advanced together, and the strong support of @SecAzar and @realDonaldTrump - This has been a wonderful journey and parting is very hard. https://t.co/1Zu9y7NTwR

.@US_FDA is putting 15 national retailers on notice for allegedly selling tobacco products and e-cigs to minors. “We are targeting corporate entities and not just individual stores” says @SGottliebFDA pic.twitter.com/vcpweOtGyf

....Scott has helped us to lower drug prices, get a record number of generic drugs approved and onto the market, and so many other things. He and his talents will be greatly missed!

As rising drug costs continue to burden patients and the healthcare system, @SGottliebFDA has led the charge to encourage competition and drive down prices with expedited generic approvals. The plan seems to be paying off

.@SGottliebFDA is calling out 15 national retailers, including Walgreens, for allegedly selling tobacco products to minors https://t.co/oNHxNWD0Le 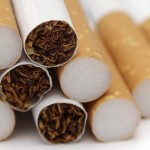 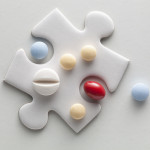