Could Snail Venom Offer a New Therapy for Chronic Pain?

Could slimy sea snails hold the key to long-lasting pain relief in humans? Perhaps, say new findings published in the Proceedings of the National Academy of Sciences that showed a natural compound used by snails to paralyze or kill their prey may also help stop chronic pain before it happens, BBC News reports.

Chronic pain is subjective, but the condition is defined as pain lasting more than 12 weeks. Currently, there’s no test that can measure and locate pain with precision. In addition, chronic pain can occur in various parts of the body and for many different reasons, making it notoriously difficult for doctors to treat and for patients to get relief.

For the study, researchers at the University of Utah tested the venom of the Conus regius sea snail, a common species of gastropod (snails and slugs) found in the Caribbean, on several lab rats. Prior to that, scientists treated the animals with a form of chemotherapy that caused them to be hypersensitive to cold and touch.

Researchers found that the rodents injected with the snail venom did not experience pain for up to 72 hours after the shot was administered. Meanwhile, rats that weren’t treated with the venom developed chronic pain. Later, scientists theorized that Rg1A, a compound found in the snail venom, might block a pain pathway receptor to stop pain before it begins.

“Once chronic pain has developed it is difficult to treat,” said J. Michael McIntosh, MD, PhD, a professor of psychiatry at the University of Utah Health Sciences division and an author of the study. “What is particularly exciting about these results is the aspect of prevention.”

The report also noted that drugs derived from snail venom could help reduce the use of highly addictive opioids with serious side effects, such as morphine or hydrocodone, for chronic pain treatment.

But don’t toss out your pain pills just yet. Scientists stressed that much more research on the compound is needed before snail venom can be embraced as the natural option for relief of recurrent soreness, twinges, cramps and other assorted aches.

Click here to learn more about chronic pain and how to manage it without a prescription. 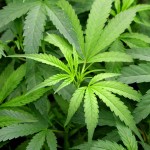