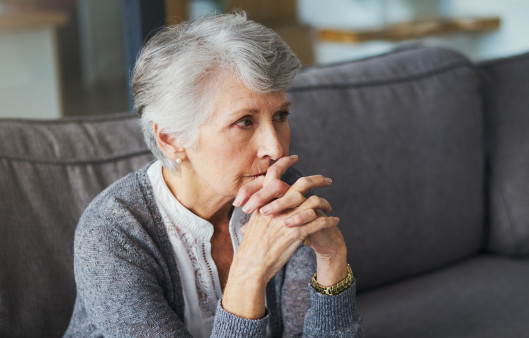 December 20, 2020 • By Tianna Hicklin and National Institutes of Health

Sometimes cancer comes back long after the original tumor has been treated and removed. This is called recurrent cancer. Cancer can recur in the same place as the original tumor or in other places in the body if the tumor cells spread. Cancerous cells can lie dormant for years. But what triggers these cells to reawaken hasn’t been well understood.

Past studies have linked chronic stress with cancer progression. To investigate whether stress can awaken dormant tumor cells, a research team led by Dr. Dmitry Gabrilovich of AstraZeneca and Dr. Valerian Kagan of the University of Pittsburgh and Sechenov University developed mouse models with dormant tumors. Their study was funded in part by NIH’s National Cancer Institute (NCI). Results were published on December 2, 2020 in Science Translational Medicine.

The team tested the effects of several stress hormones—including cortisol, epinephrine, norepinephrine, and serotonin—on dormant tumor cells taken from the mice. They found that neutrophils, a type of disease-fighting immune cell, were activated by the stress hormones. The neutrophils then produced inflammation-inducing proteins called S100A8 and S100A9.

“Our data suggest that stress hormone levels should be monitored in patients recovering from cancer and that managing stress to keep those hormones at bay would be beneficial to prolong remission,” says Dr. Michela Perego of The Wistar Institute, who is first author of the paper.

There are multiple factors that come together to cause a recurrence of cancer. These results show that stress hormone levels are one that might be monitored and reduced in standard cancer treatment. The findings also suggest new therapeutic approaches to investigate for preventing cancer relapse.

This article was originally published on the National Institutes of Health website on December 15, 2020.