The number of older Americans admitted for treatment of substance use disorders nearly doubled between 1992 and 2008, according to a new report by the Substance Abuse and Mental Health Services Administration (SAMHSA). What’s more, the number of people older than 50 who report using harder drugs like cocaine and heroin is also on the rise.

In 1992, Americans 50 years old and older accounted for 6.6 percent of all admissions for substance abuse treatment. By 2008, that number had nearly doubled, to 12.2 percent. While alcohol remained the primary substance of abuse among these older Americans, the proportion reporting illicit drug use also rose considerably.

The percentage of those admitted for care primarily for heroin use increased from 7.9 percent to 16 percent, while the number admitted for cocaine use nearly quadrupled, increasing from 2.9 percent to 11.4 percent. Admissions for prescription drug abuse and marijuana abuse also increased by roughly four times.

“These findings show the changing scope of substance abuse problems in America,” said SAMHSA administrator Pamela S. Hyde, JD, in a release issued by SAMHSA. “The graying of drug users in America is an issue for any programs and communities providing health or social services for seniors.”

The number of older Americans who reported that they started using drugs within the five years before being admitted for treatment is particularly concerning. While those who reported starting cocaine within the previous five years decreased slightly, those reporting first heroin use increased by nearly 50 percent. Elderly people who started abusing prescription drugs within the five years before getting treatment increased from 5.4 percent to 25.8 percent, nearly a five-fold increase

“Raising awareness among older adults of the potential for abuse of prescription pain relievers may help to prevent such admissions in the future,” wrote SAMHSA in its report. “Policymakers also need to be aware that older adults are a growing proportion of substance abusers and are increasingly abusing substances other than alcohol. In addition, physicians should learn to recognize the signs of substance abuse in their older patients and should be prepared to refer them to treatment when necessary.” 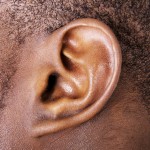 The Impact of Hearing Loss On Life

Nearly 40% of Adult Smokers Are Mentally Ill or Substance Users