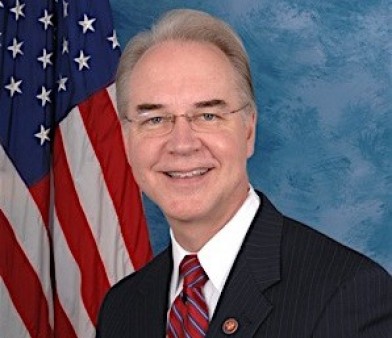 A controversial congressman, he already wrote a plan to replace Obamacare.

The U.S. Senate voted to confirm Congressman Tom Price as the nation’s health secretary. As The Washington Post reports, Price, a Georgia Republican, is a polarizing figure and not a single Democrat voted for him.

As secretary of the Department of Health and Human Services (DHHS), Price will oversee not only the Affordable Care Act (ACA, or Obamacare) but also Medicaid and Medicare. He would also wield influence at the Centers for Disease Control and Prevention (CDC), the Food and Drug Administration (FDA) and the National Institutes of Health (NIH).

Price is a strong opponent of Obamacare and as a congressman introduced legislation to repeal and replace it, along with repealing the expansion of Medicaid. As we reported here, opponents say his plan favors the wealthy. He has also been criticized for “showing allegiance to corporate interests,” such as drugmakers and doctors.

The Post reports that Price recently told Fox News that repealing Obamacare is complicated and could take longer than expected.