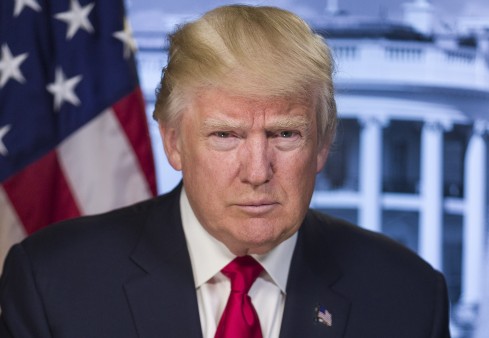 What If Trump Chooses the “Nuclear Option” to Blow Up Obamacare?

Premiums would rise—and so would the federal deficit—if the president were to end cost-sharing payments. Here are the numbers.

Even before last month’s failed vote to repeal health care, President Trump had threatened to “let Obamacare implode” by withholding federal subsidies to insurance companies under the Affordable Care Act (ACA, or Obamacare). What would happen if Trump actually ended the cost-sharing payments that make insurance affordable for millions of Americans? Would it leave Democrats no choice but to negotiate?

In fact, premiums for the most popular health insurance plans—the mid-level “silver plans”—would soar 20 percent next year, and the federal budget deficit would increase by $194 billion, according to the numbers crunched by the bipartisan Congressional Budget Office (CBO) and reported in The New York Times. Far from frightening the Democrats, these stats could embolden them.

The CBO, however, did not predict that terminating the subsidies would result in tens of millions of Americans losing their health insurance, as the agency predicted would have been the case if the Republicans’ repeal and replace proposal had passed this summer. Instead, the CBO foresees that “the number of people uninsured would be slightly higher in 2018 but slightly lower starting in 2020.”

Policy wonks have referred to Trump’s threat as his “nuclear option” because, as Vox explains, “cutting off payments would disrupt Obamacare’s insurance markets and maybe cause them to collapse entirely. Insurers would have to decide whether to increase premiums for everyone in order to lower co-pays for people who get the subsidies. They might end up pulling out of the market altogether over the uncertainty, leaving some places with few or no insurers.”

Of the 12 million people who purchased health insurance through the Obamacare insurance markets this year, 7 million qualified for the cost-sharing reductions. Last year, Vox reports, the federal payments of $7 billion to the cost-sharing system lowered out-of-pocket costs by nearly $1,000 per person.