Is Your Personality Hard-Wired in Your Brain?

According to a new study published this month in the journal Psychological Science, and reported by CNN, various aspects of a your personality can be mapped directly to different regions of the brain.

For instance, extroverts--people stereotypically depicted as the life of the party--appear to have more going on in a part of the brain called the medial orbitofrontal cortex, compared with introverts.

It’s interesting research. There are certain personality characteristics that I’ve had my whole life. While environment indisputably shapes our personalities, I wouldn’t be surprised to learn that my brain came prepackaged with an inclination toward some of these traits, particularly my self-consciousness in social situations.

The real question, I suppose, is how plastic the brain may be. In other words, can we change our personalities, and if so, how much? Anyone who can definitely prove that they have the answer to that question will get a best-selling book, an appearance on Oprah, and several million dollars. 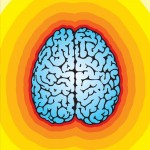