Advertisement
<< Back To Events 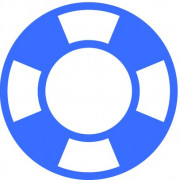 In 1999, Senator Harry Reid, who lost his father to suicide, introduced a resolution to the United States Senate, leading to the creation of International Survivors of Suicide Loss Day. Also known as Survivor Day, the day was designated by the United States Congress as a day on which those affected by suicide can join together for healing and support. It was determined that Survivor Day would always fall on the Saturday before American Thanksgiving, as the holidays are often a difficult time for suicide loss survivors.

Each year, the American Foundation for Suicide Prevention supports hundreds of large and small Survivor Day events around the world. In 2019, 417 total events took place, including 49 international sites in 26 countries.

How the Mind Works

How to Help a Loved One