The pharmaceutical giant AstraZeneca will pay the federal government more than $520 million to settle a civil lawsuit alleging the company sold its drug Seroquel (quetiapine) for conditions that it had not sought U.S. Food and Drug Administration (FDA) approval. The settlement was announced by the U.S. Department of Justice.

Physicians have the right to prescribe medication to treat conditions other than those which the FDA originally granted approval—a process called off-label use. The companies that market these medications, however, are not allowed to market them for these other uses.

The U.S. government alleged that AstraZeneca promoted Seroquel off-label through speaker programs, hiring doctors to ghostwrite articles originally produced by AstraZeneca and then using those articles to promote the drug for those off-label uses. Moreover, the suit alleged that the company made particular efforts to sell to doctors who don’t usually treat schizophrenia or bipolar disorder.

AstraZeneca ultimately cooperated with the government’s investigation of its marketing practices. As part of the $520 million settlement, the company also entered into a corporate integrity agreement (CIA) with the Office of the Inspector General of the Department of Health and Human Services. Among other things, the agreement charges the company’s board of directors with ensuring compliance with laws about marketing and ensures that information about honoraria paid to doctors for marketing and promotion will be posted online. Failure to comply with the agreement could mean that AstraZeneca products will not be covered by programs such as Medicaid and Medicare.

“Today’s settlement sends a clear warning to any individual or company seeking to defraud our health care system and returns hundreds of millions of dollars of taxpayer money to the Medicare trust fund where they belong,” said Kathleen Sebelius, secretary of the Department of Health and Human Services. 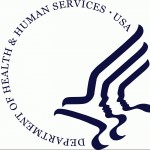 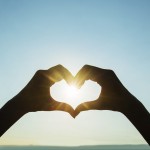