Two popular medications for depression and anxiety appear to increase the risk of developing cataracts—a clouding of the lens of the eye—according to a study by researchers at the University of British Columbia (UBC), which was published March 8 in the journal Ophthalmology.

The study was based on a medical database of 200,000 Quebec residents ages 65 and older. The study showed a statistically significant relationship between the use of Effexor (venlafaxine) and Luvox (fluvoxamine) and a diagnosis of cataracts or cataract surgery. With Effexor, the likelihood of developing cataracts was increased by 51 percent, and with Luvox the increased risk was 34 percent. The authors were careful to caution that the study does not prove that the drugs cause cataracts, only that cataracts occurred more frequently in people taking either of the two drugs. No effect was seen with the drugs Prozac (fluoxetine), Celexa (citalopram) or Zoloft (sertraline).

The duration of time between starting one of the medications and the development of cataracts was about two years, according to Frederick S. Mikelberg, MD, one of the study’s coauthors and the head of the Department of Ophthalmology and Visual Sciences at UBC. “While these results are surprising, and might inform the choices of psychiatrists when prescribing [this class of drugs] for their patients, they should not be cause for alarm among people taking these medications,” he concludes. 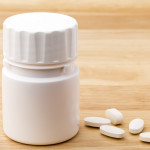 Docs Less Likely to Give Antidepressants to Minorities, Those on Medicaid or Medicare