Most experts believe that traditional antidepressant drugs work by correcting deficiencies in key brain chemicals called neurotransmitters. While this might still be the true, with some drugs, researchers from the University of Queensland, in Brisbane, Australia, have found that one group of antidepressants actually works by stimulating the growth of new brain cells, a process called neurogenesis. Their results were published February 17 in the Journal of Neuroscience.

Lead researcher Dhanisha Jhaveri, PhD, and her colleagues found that drugs such as Cymbalta (duloxetine) and Effexor (venlafaxine), which increase a brain chemical called norepenephrine, actually prompt the growth of new brains cells in a part of the brain called the hippocampus.

“If you block hippocampus neurogenesis, antidepressants no longer work,” Jhaveri said. “That suggests antidepressants must [spur growth of neurons] in order for them to actually have any affect on behavior.”

Older selective serotonin reuptake inhibitors (SSRIs) such as Prozac do not trigger new brain cell growth in the hippocampus, Jhaveri said, but they might have an antidepressant effect through some other mechanism.

Study: Painkillers May Put a Damper on Antidepressants’ Potency 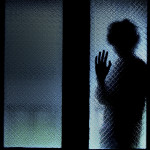