The National Alliance on Mental Illness (NAMI) is calling on the U.S. Senate to reconsider a vote cast on Wednesday, June 16, against matching state Medicaid contributions with additional federal dollars.

According to NAMI, one in four Americans will suffer from some form of mental illness each year, and one in 17 struggles with severe mental illness. Many Americans depend on Medicaid, a low-income health insurance program covered by both state and federal funding, for their mental and physical health care.

“Medicaid provides the base of the mental health care system in America. Voting against [the federal Medicaid match] means pulling the rug out from state budgets and expanding further the nation’s mental health care crisis,” Fitzpatrick said.

Fitzpatrick stressed that mental illness is not a partisan issue, but one that strikes families regardless of their political affiliations, and that failure to pay for mental health care in the short term can actually lead to greater costs later. “Mental health cuts end up costing more through lost jobs and careers, broken families, more homelessness, higher insurance costs, more welfare and much more expensive costs for hospital emergency rooms, nursing homes, schools, police and courts, jails and prisons,” he said. 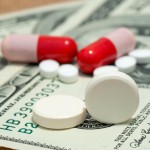 The Potent Opposition to Medicare’s Proposal for Greater Drug Rebates