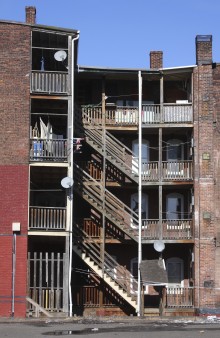 Rates of PTSD From Urban Violence Higher Than From Actual War

It’s official: A “pandemic of violence” is gripping the United States. Findings published in the American Journal of Orthopsychiatry revealed that rates of post-traumatic stress disorder (PTSD) among urban populations are actually higher than those among war veterans, CNN reported.

PTSD is a mental disorder caused by constant and repetitive exposure to violence, or other extreme trauma. Among other symptoms, it can cause prolonged mental distress, recurring bad dreams and a decreased ability to judge the safety or danger of different situations.

For the study, psychologists from Emory University in Atlanta interviewed 8,000 people in Atlanta emergency rooms to gauge their history of mental trauma. Surveys showed that at least half of respondents said they knew someone who had been murdered. Two-thirds said they had been a victim of a violent assault, and nearly one-third said they had been sexually assaulted in the past.

Researchers calculated that this meant 32 percent of Atlanta’s urban population had symptoms of PTSD compared with a rate of about 30 percent among U.S. soldiers.

Scientists warned that this is problematic because trauma “makes it harder for kids to go through school or to play by the rules. It makes it harder for a parent to get a job or avoid addiction to drugs,” said Kerry Ressler, MD, PhD, professor of psychiatry at Emory University and the study’s lead researcher.