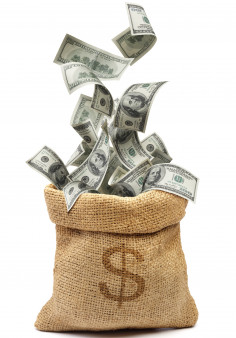 Apparently My Mental Health Isn’t Worth Very Much

A chilling article published March 6 in The New York Times, documents the unhappy reality for me and most other mental health care consumers--we just aren’t worth as much as we used to be.

At one time health insurance companies offered a psychiatrist several sessions to reach an appropriate diagnosis for a patient, and paid the doctor about the same whether they dispensed medication or talk therapy. Then, the fees for talk therapy dropped, so most psychiatrists switched to meds management. Now fees for medication management have dropped too, so that what used to be a 45 minute session 20 years ago, or a 25 minute session five years ago, is now frequently 15 minutes or less.

Is it really possible to diagnose and effectively manage a person with a serious mental illness in 15 minute increments? I don’t think so, and many doctors don’t either, but what made The Times article so disturbing to me was the story of a doctor who admits that he has knowingly put profits before patient well being, but doesn’t see another way.

Here’s how The Times outlined how things have changed for that psychiatrist, Donald Levin, MD, from Doylestown, Pennsylvania:


Then, like many psychiatrists, he treated 50 to 60 patients in once- or twice-weekly talk-therapy sessions of 45 minutes each. Now, like many of his peers, he treats 1,200 people in mostly 15-minute visits for prescription adjustments that are sometimes months apart. Then, he knew his patients’ inner lives better than he knew his wife’s; now, he often cannot remember their names. Then, his goal was to help his patients become happy and fulfilled; now, it is just to keep them functional.

While the article was ostensibly about how psychiatrists can’t afford to do talk therapy anymore, and how that has changed the profession and its practitioners, it also--perhaps unwittingly--shined a spotlight on how people with mental illnesses are being treated these days.

“I miss the mystery and intrigue of psychotherapy,” Levin said. “Now I feel like a good Volkswagen mechanic.”

No offense to auto mechanics, but I think I’d prefer something more than that from the person who must not only balance my illness and its idiosyncrasies with the limitations of the current medications, but also factor in all of the other life issues that impact on my mental health: including my job, my sleep, my diet...the list goes on.

Though The Times article does quote a few patients who say they feel grateful for the 15 minutes of face-time that Levin provides them, even he knows better.

“The sad thing is that I’m very important to them, but I barely know them,” he said. “I feel shame about that, but that’s probably because I was trained in a different era.”

Levin’s youngest son is staying at the University of California in Irvine to become a psychiatrist himself, one specializing in children and adolescents. The Times piece ends on a quote from the son, Matthew Levin. I’ll let you decide whether what he says sounds more like determination or denial:

“I’m concerned that I may be put in a position where I’d be forced to sacrifice patient care to make a living, and I’m hoping to avoid that.”