I love blueberries, and I think eating fruits is a great idea for your health. What I don’t think is so hot are the abundance of studies on foods and supplements with fewer than 20 people in them.

I mean, this one’s from a reputable source--U of Cincinnati--but come on, it compared 9 people drinking blueberry juice for breakfast with 7 people who drank a placebo beverage, and says that those who drank blueberry juice had better scores on a memory test. Sixteen people is an awfully small study to get worked up about, especially with something as complex as memory. It’s not that the researchers are doing anything wrong by conducting a small study, I just think that the media has to be careful about making more out of something than the research results call for.

Look at Gingko. People have poured hundreds of thousands (if not millions) of dollars into Gingko supplements for cognitive decline only to have a definitive large study prove no benefit at all. I say eat your blueberries (they taste great and they probably are quite good for you), but I really hope we don’t all of a sudden see someone trying to make a buck off of claiming that blueberries boost your memory and try to claim that it’s “scientifically proven!” 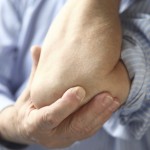 Depression Can Lead People to Overestimate Aches and Pains