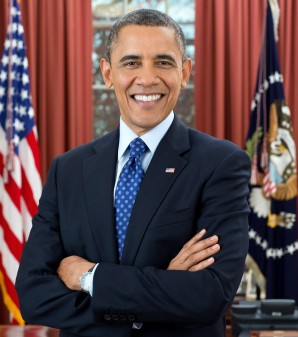 There’s a great roundup at Politico on the mid-term primary battles going on today across the country. I’m a political junky, but even I can tell there’s a lot of hyperbole going on in the media. In particular, the pundits are suggesting that after today’s elections are decided we’ll be able to predict what’s going to happen in the November elections, and potentially the course of the rest of the Obama administration. Hmmm. Really?

It’s kind of fun watching political journalists and bloggers use sophisticated arguments to prophesize the future of politics, but at the end of the day it’s only slightly more educated and relevant than the psychics who populate the pages of the supermarket tabloids. I’d be curious to know whether political predictions are any more “rational” than the stock market. We all know how that’s gone in recent years.

So what does any of this have to do with mental health? A lot.

Specifically, other people’s decisions at the ballot box have a lot of influence on how mental health policies and funding are formulated on the local, state and federal level--and thus how people with mental illness are treated. What kinds of programs are available to intervene when young people exhibit symptoms of psychological or behavioral programs? How available are emergency and out-patient psychological services in our communites? How are doctors reimbursed? What qualifies as a coverable illness by our health insurance? The answers to all of these questions and more are decided by our elected officials.

One of the things that concerns me about the primaries today, and the upcoming elections in November, is the “let’s get rid of the bums in Washington” sentiment that seems to be motivating a larger number of voters this year than usual. This is a trend that we should watch carefully as the results roll in this evening and again in November.

There are surely some congressional representatives and senators who aren’t adequately serving their constituents, and who shouldn’t be reelected. I won’t name names, but I’ve got a few in mind. Nevertheless, the machinery of politics, policy-making and bureaucracy is remarkably complex. Even proponents of small government would have to concede that at their simplest, law and policy aren’t always straightforward, and that there’s as much of a skill as an art to legislating.

Because of this, when we get rid of elected officials, particularly those who’ve been around for a while, we start over from zero in terms of building political influence and learning the ropes. Ask yourself this question: would you prefer a senator who jumps at the whim of her constituents, but doesn’t have any influence in Washington due to inexperience, or a senator who votes the will of the people only half of the time, but who really knows how to pull the levers of power when they need to? It’s a tough question that deserves earnest debate, but I fear that the emotional tenor among voters means that we’ll be deciding many of the elections this year with our hearts and not our heads.

At the end of the day, as a person with mental illness, I really hope that we manage to elect or reelect the local, state and federal officials who have made mental health one of their causes. We need every champion we can get in this fight to ensure that people with mental illness are treated fairly and with compassion.