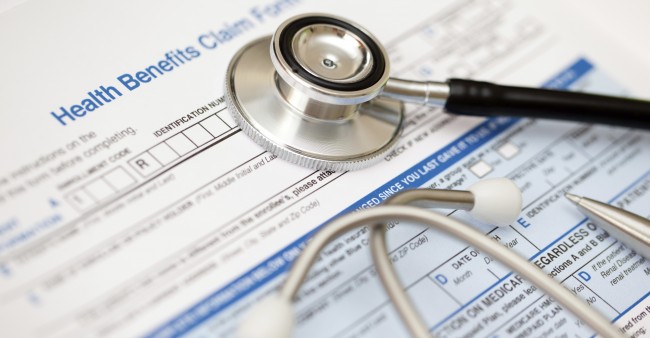 The GOP Senate bill to repeal and replace the Affordable Care Act (ACA, or Obamacare) went down in flames this week, but in its place has risen a last-ditch effort: the so-called repeal-and- strategy. Even President Trump tweeted: “Republicans should just REPEAL failing ObamaCare now & work on a new Healthcare Plan that will start from a clean slate. Dems will join in!”

The big risk with this plan, as Vox points out, is that Republicans would fail to pass a replacement plan by the two-year deadline, proposed by the latest GOP plan. After all, Republicans have campaigned against the ACA for six years and yet have failed to agree on a viable replacement bill—no surprise considering that some GOP lawmakers support plans that gut Medicaid, while more moderate Republicans oppose such drastic changes.

My statement on an upcoming vote to repeal #Obamacare pic.twitter.com/RdyDiUJfMD

So what happens if Republicans go the repeal-and-delay route? It would cause chaos in the insurance marketplace, driving insurers out of the ACA exchanges and leaving millions of Americans with no insurance options. What’s more, people who relied on Medicaid expansion would also lose their coverage.

In total, 32 million Americans would become uninsured, according to estimates from the Congressional Budget Office (CBO), as reported by Vox. This would also affect the individual markets. The CBO says those premiums would likely double.

These numbers are much worse than those of the original Senate bill, called the Better Care Reconciliation Act (BCRA). The CBO score for that bill concluded that about 22 million more Americans would be uninsured by 2026. AIDS and hepatitis groups denounced the BCRA as “disastrous” for people with HIV and other chronic conditions.

Senators went back to work and offered a revised BCRA last week, but that bill apparently died Monday night, July 17, when two more Republican senators announced they would not support the bill. As The New York Times reports, this brings the total of GOP defectors to four: Mike Lee (Utah) and Jerry Moran (Kansas) joined Rand Paul (Kentucky) and Susan Collins (Maine). Of the 100 senators, 52 are Republican, meaning that the party can afford to lose only two votes, which would result in a tie (no non-GOP senators support the bill). In that case, Vice President Pence would cast the deciding vote.

UPDATE: The repeal-and-delay plan is already dead, The New York Times reports, as three GOP senators said they would not support without a replacement. The senators opposed to “Plan C” are Susan Collins of Maine, Shelley Moore Capito of West Virginia and Lisa Murkowski of Alaska.